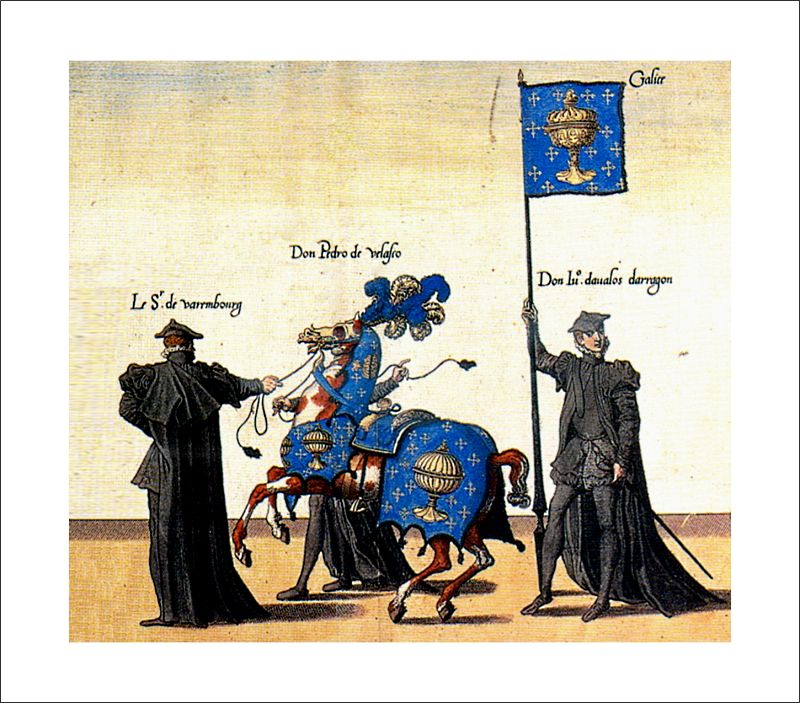 Born in Ghent in 1500, Kaiser Maximilian's grandson Charles V inherited the Holy Roman Empire following the premature death of his father Philipp I. In 1516 he inherited the kingdoms of Sicily, Aragon Castille and Leon and became the first monarch to oficially call himself "King of Spain". Known in Spain as "Carlos I de España", his reign is best known for his reaction against Protestantism and his Italian wars against France.

First published in Antwerp in 1559, Pompa Funebris Caroli V depicts a State funeral held in Brussels on December 29th 1558 after the death of the Emperor. All kingdoms under Charles V rule were represented in the procession.

Pompa Funebris Caroli V was made in 1559 by Dutch illustrator Joannes van Doetecum, one of the Netherlands' most famous engravers and cartographers of the time.