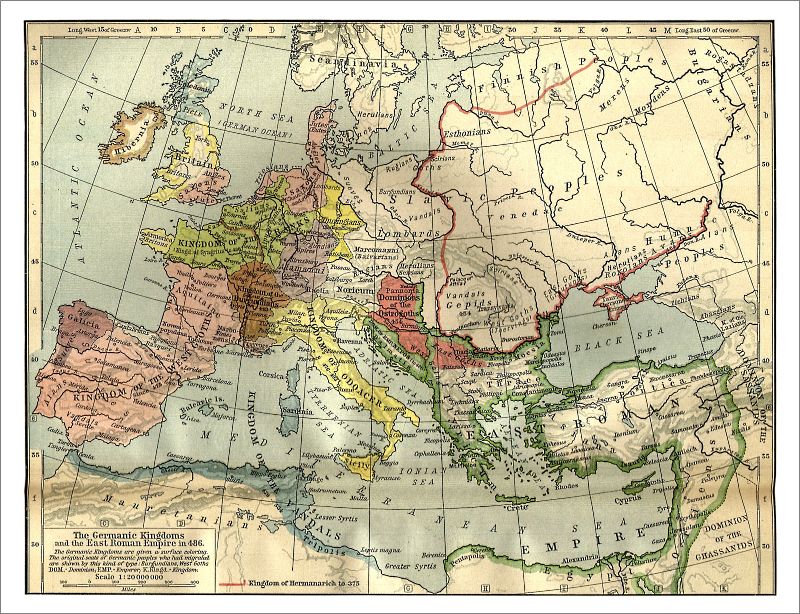 William Robert Shepherd (1871-1934) was an American cartographer and historian. A professor in Columbia University, educated in Berlin, Germany, he became world-known for his Historical Atlas, which was published in several editions during the 20th century.

The map titled "The Germanic Kingdoms and the East Roman Empire in 486" shows the Celtic fringe developing as we know it today, with clearly established borders for Ireland, Scotland, Armorica (Brittany) and Galicia. Ruled by a Swabian royal dynasty for almost two centuries, the kingdom of Galicia became in 409 AD the first European kingdom to be formally created in Europe following the fall of the Roman Empire. The Atlas shows the borders of Galicia by the end of the 5th century together with the three most important cities of the kingdom: Braga, Lugo and Astorga.